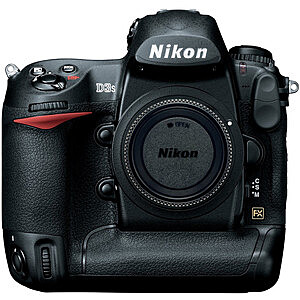 First introduced in February, 2010, Nikon D3S is a 12 MP DSLR with a Full frame (36 x 23.9 mm) sized CMOS sensor. Nikon replaced the older Nikon D3 with D3S. Follow the link to read our detailed comparison of these models:

Nikon replaced D3S with Nikon D4. Follow the link to read our detailed comparison of these models:

Get to know this camera closer. Let's look at the features and characteristics of this model. Compare Nikon D3S with competitors in pro dslr cameras.

Here is the front and top view image of Nikon D3S with the dimensions: 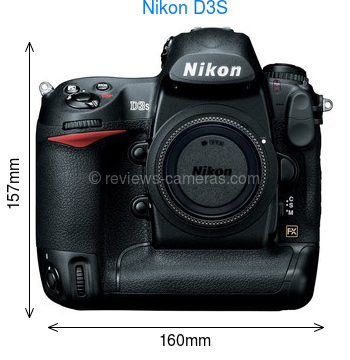