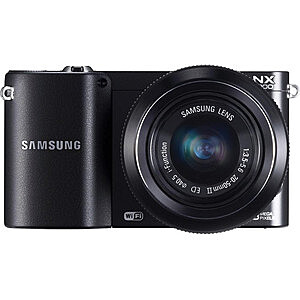 Samsung replaced NX1000 with Samsung NX1100. Follow the link to read our detailed comparison of these models:

Get to know this camera closer. Let's look at the features and characteristics of this model. Compare Samsung NX1000 with competitors in entry-level mirrorless cameras.

Here is the front and top view image of Samsung NX1000 with the dimensions: 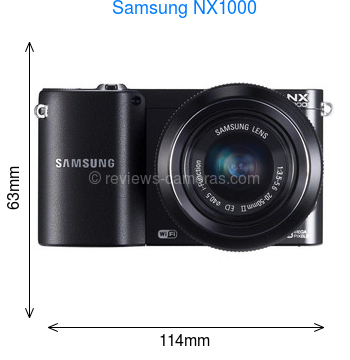